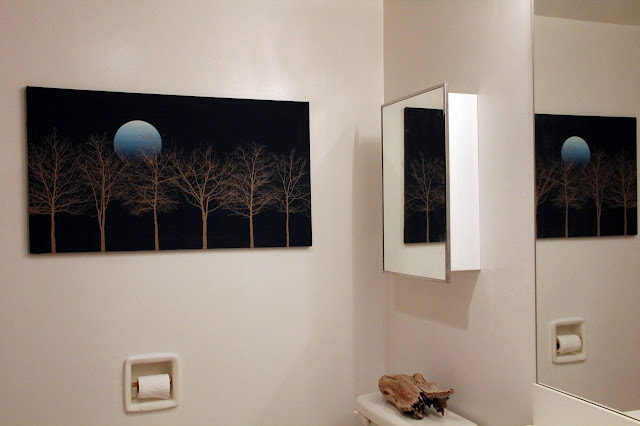 Picked up this vintage silk screen for our washroom at the highly anticipated annual West Vancouver Seniors' Flea Market. 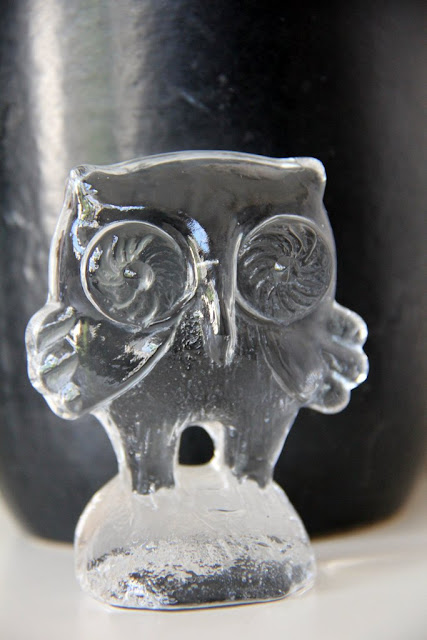 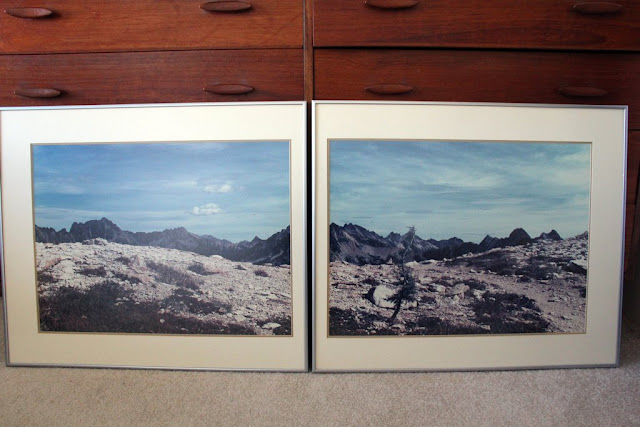 I'm very happy with this score from the WVS Flea Market. The images were on opposite ends of the table but I spotted them. Voila! Mountain top panorama and yes, they're real photos. Wild Alaskan Halibut season has begun! We made poached halibut with ginger and avocado and served coconut jasmine rice as a side. Paired it with a Pinot Blanc. So rich and fatty and good! 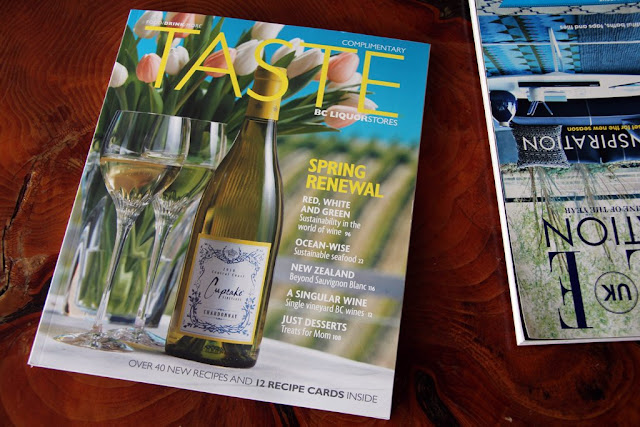 More food goodness! The BCLDB released their Spring edition of Taste magazine. Who has picked this free magazine up? You know how good it is. 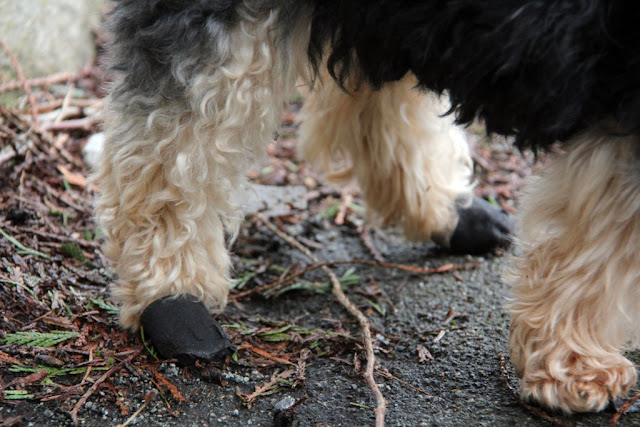 I first saw Bandit last Thursday night when we were walking home from dinner, he has the cutest sideways scamper. I was lucky enough to run into him and his pal taking a walk on Saturday afternoon. It turns out Bandit is paralyzed. He was trying to befriend a deer on Bowen Island when the deer stomped on his back, breaking it. That was four years ago. Bandit is eight. He can't move his back legs so his paws drag, hence the booties. I hope to run into Bandit more in the neighbourhood, he has such a good spirit! 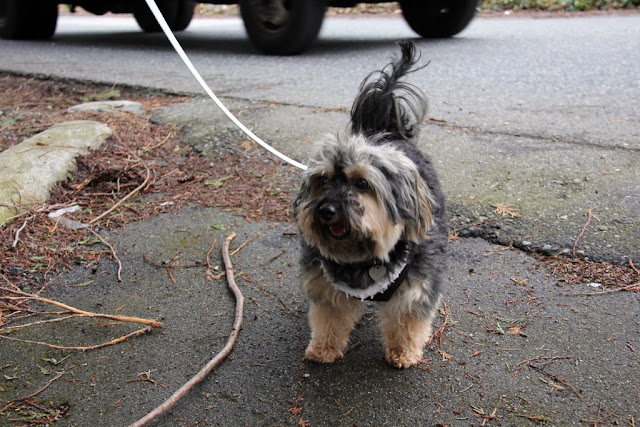 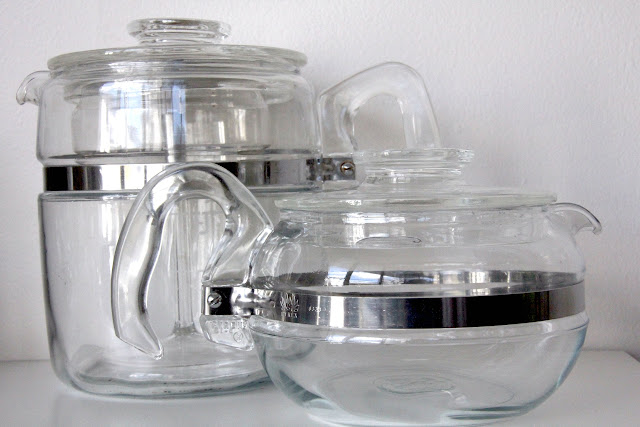 If you've been reading Bijou Living for awhile you know how much I love my coffee and my coffee maker. Whenever I find these vintage Pyrex percolators I have to buy them just in case I break one of mine, I'll have a back up. I bought these two at a yard sale on Saturday. The teapot has such a great design. $20 for both. 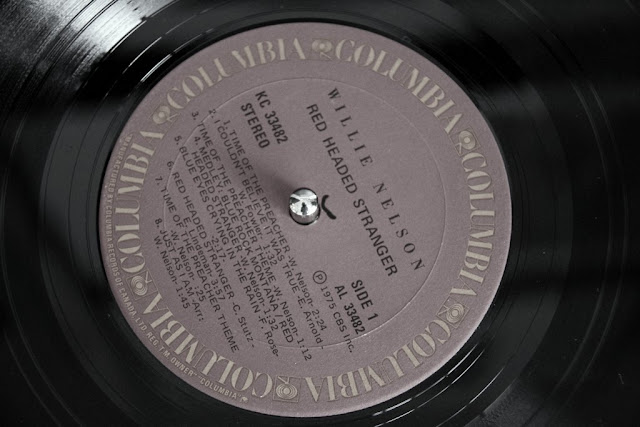 These two have been living in our neighbourhood for a few years now, actually they live next door. Last summer one scooped up a dog from the seawalk. On Thursday, I opened my curtains to see one dive bomb and fly off with an unsuspecting seagull from the building next door. Not a sight I wanted to see. I've heard rumblings around the building within the last 24 hrs that a dog may have been scooped up again last weekend. Great, now I'll have anxiety strolling the seawalk.
art food interiors music vancouver