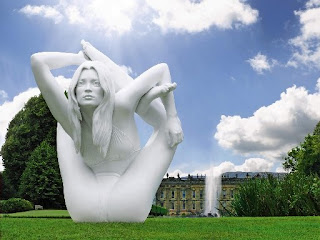 Myth (Sphinx) on exhibit at Chatsworth in Derbyshire 2007
photo Getty
Marc Quinn has completed a solid gold statue of Kate Moss. The statue, Siren, is based on Sphinx, a piece within a series of sculptures entitled Myth he did of Moss in 2006. The statue will debut as the centerpiece of a contemporary sculpture exhibit, still in its planning stages, at the British Museum.
There are two shocking things in this story:
On the other side of the world, the Raven family has released Corvus corax. Two alabaster colored pieces based on a design from nature.
The pieces are as priceless as they are rare. 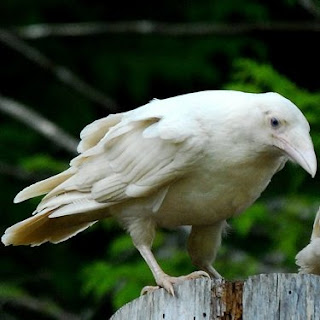 One of the two white ravens of Qualicum Beach, BC
photo Mike Yip
art design fashion