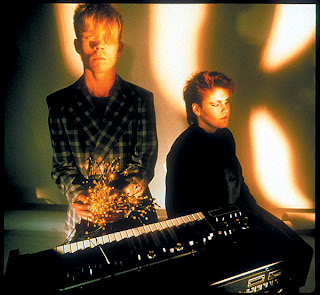 Yazoo (1982)
Depeche Mode's main songwriter, Vince Clarke, and veteran punk and rock singer Alison Moyet formed Yazoo (Yaz in the US) in 1981. Shortly after, Clarke left Depeche Mode and Yazoo released its debut single 'Only You' B-sided by 'Situation' (1982).  Clarke had written 'Only You' while with Depeche Mode and offered it to them as a parting gift.  DM declined and Yazoo took the single to number two in the UK.
If you're a fan of Nina Simone and brooding vocals you may want to acquaint yourself with Yazoo.
Rediscover and listen to Yaz's 'Situation' here.
Related Posts:
yes, you CAN
Vancouver Beholdeth Black Mountain
Andy Who?
Don't Knock The Jazz Flute
music