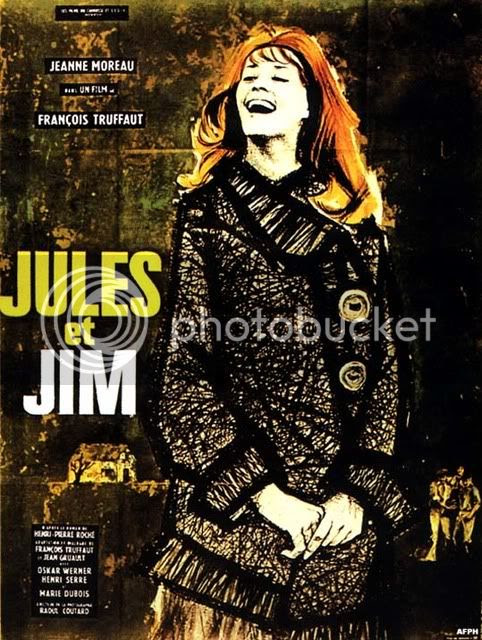 Another of Truffaut's fashionably inspirational flicks.

PLOT SUMMARY - In Paris, before WWI, two friends, Jules (Austrian) and Jim (French) fall in love with the same woman, Catherine. But Catherine loves and marries Jules. After the war, when they meet again in Germany, Catherine starts to love Jim... This is the story of three people in love, a love which does not affect their friendship, and about how their relationship evolves with the years. via IMDb Written by Yepok How can one not be tempted by a plot like this?

The beautiful and stylish Jeanne Moreau sings 'Le Tourbillon de la Vie' in François Truffaut's 1962 film Jules et Jim - in which the soundtrack has been named "One of the 10 Best Soundtracks" by TIME magazine in its "All time 100 Movies List".

Wouldn't you say that has to be one of Adrien Brody's relatives on guitar?