Is it Dolce Gabbana or Madonna? 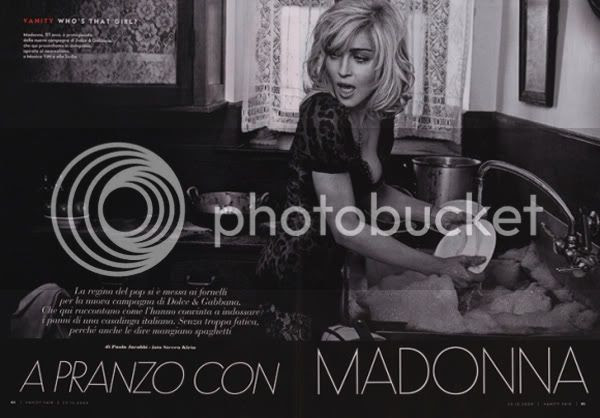 The only thing that tells me the ads are Dolce & Gabbana is the font. Don't get me wrong - Madonna was my fashion icon from 82-84 and I think the photos are gorgeous, however, they are photos of Madonna - Madonna's ad campaign per say. Does she have a new album coming out or something? The clothes - which are what Dolce & Gabbana are trying to sell in the first place get lost among the Madonna 'brand recognition'. I think she's too well known for the campaign. Could she possibly be more well known than Dolce & Gabbana? Are Dolce & Gabbana trying to target a market familiar with Madonna but not Dolce & Gabbana. What was the purpose of using Madonna? I understand the feel of the campaign but, like I said, it gets lost because of Madonna. I would have preferred to have seen a sexy Sophia Loren type. So, if their objective was for bloggers to talk about their campaign with Madonna - achieved. Unfortunately, I can't give feedback on the clothes because they've been lost amongst the stronger brand - Madonna. 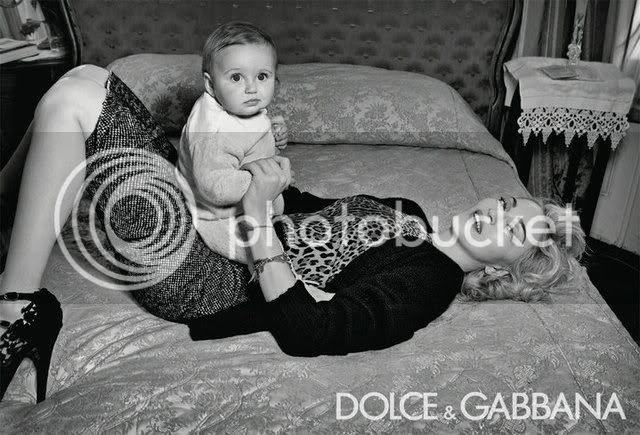 from Dolce & Gabbana's July 20 2010 album on Facebook
BTW - Who do you think approached whom first?

The men's ad campaign is pretty darn sexy too. It's on Dolce & Gabbana's page on Facebook as well.
Labels: fashion fashion-women