From the Archives - The Decline of West Coast Modern Architecture

Since I initially wrote this post I've moved to West Vancouver and have been watching more and more homes continue to tumble.

West Vancouver has been stereotyped as predominantly white, affluent and over the age of 65. I'd argue this stems from the 80s with the Eat the Rich manifestos and the pretentious Pretty in Pink preppies rolling down from the 'Properties' at about the same time. Well, I'm white -that's about it.
I moved here because of:
1. the location
2. the architecture, art, culture
3. the community

Last weekend was the highly anticipated West Van Seniors' Flea Market - it was nice running into some of you there! One of the volunteers at the Flea Market, a beautiful artsy woman in her 80s, and I got to talking. We spoke about the rampant demolition of residential homes in West Van - most of which are mid century 1950s-1970s. Most of these homes are being bought up by off shore developers and left vacant to rot until they can be replaced with McMansions or resold. Where else can you hide your money, besides a Swiss bank account, where you can get a 20% return on investment?

West Van Seniors are riled up, passionate and vocal about their community. At a recent town hall meeting I attended, held at the Seniors' Centre, to discuss the redevelopment of a Safeway site, the crowd filled out of the auditorium into the hallways. The proposed plans were called down - meaning back to the drawing board for the developer. Unfortunately, I think I was the youngest one there. This is not because there aren't any mid 20s-mid 40s living here - come on folks get on the band wagon.

As I promised the beautiful woman at the flea market I'm planning on living here another 40 years and I'll do my darndest to get my crowd educated on the senseless destruction of an important part of BC culture. 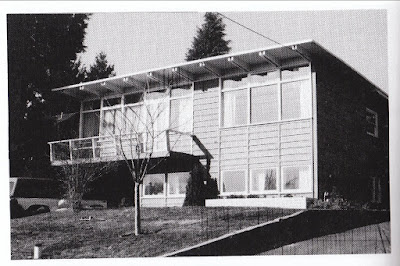 Horizontality is the dominant design element in this single family home. A flat roof with exposed twinned roof beams adds a decorative feature to an otherwise modest facade. A small deck is cantilevered off the second floor living room. Horizontal board siding is used as the primary cladding material, broken into modular sections marked by vertical beams.
(1994 West Vancouver Survey of Significant Architecture 1945 - 1975) 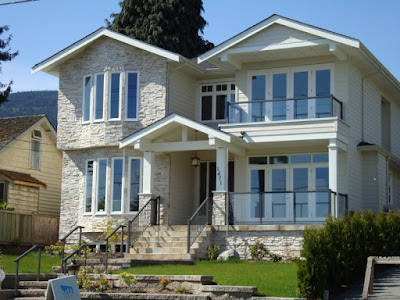 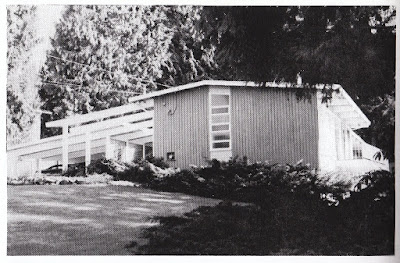 2. before
Duncan McNab and Associates, Architects, 1961

Two storey house incorporates vertical board cladding and a low pitch side gable roof. Ribbon windows are used on the first and second floors. A distinctive breezeway and entry court is created by extending the roof beams over the carport. The site is enhanced by a rock retaining wall, and mature cedars and rhododendrons.
(1994 West Vancouver Survey of Significant Architecture 1945 - 1975) 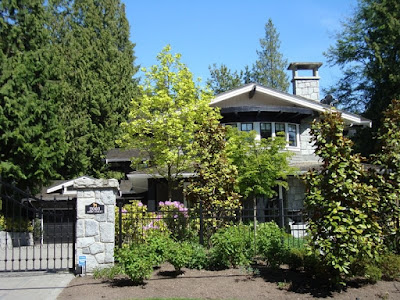 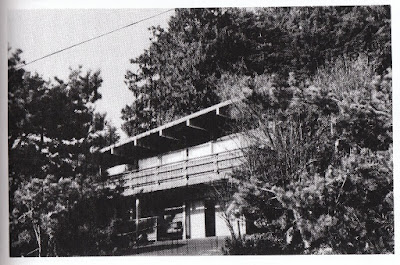 Two storey horizontal board clad structure capped with a dramatic monocline roof, and fronted by a two storey cantilevered deck. The residence is situated at the base of a hill, and retains its original landscaping, including shrubs and bushes which has now matured to provide lush surroundings. This house was published in the RAIC (Royal Architectural Institute of Canada) Journal 1951. (1994 West Vancouver Survey of Significant Architecture 1945 - 1975) 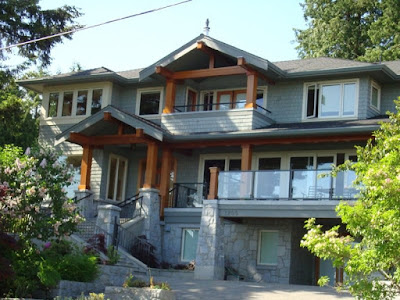 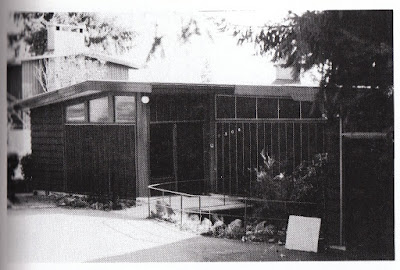 One storey vertical board clad structure, with a low pitch front gable roof, features a rectangular form with a central chimney, clerestory windows and an angled entry. The site is landscaped with a rockery feature at the entry, decorative fruit tree, spruce vine maple and many pines. (1994 West Vancouver Survey of Significant Architecture 1945 -1975) 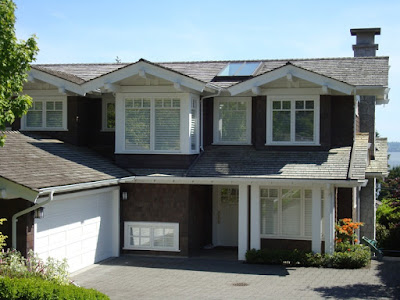 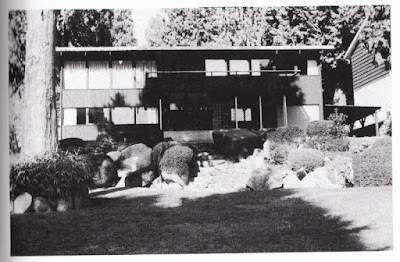 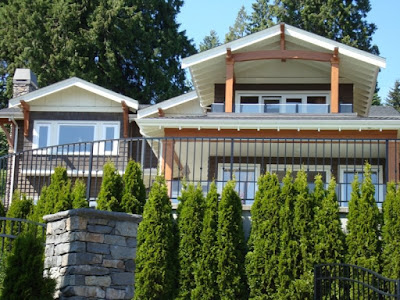 Furniture can be reproduced and so can photographs, but architecture is unique and once it is lost it is gone for good.
Giovanni Brino 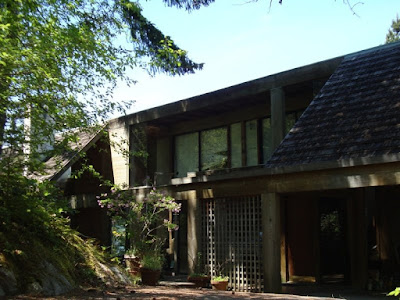 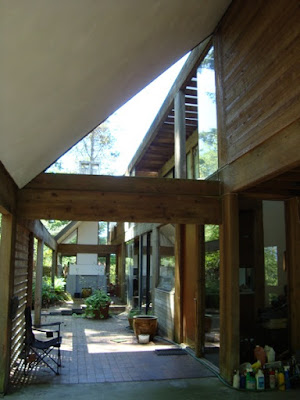 (click to enlarge)
Heavy timbers are used to frame the form of the house, which steps down a very steep slope in a series of overlapping narrow triangles. Posts and beams are cut to the same dimensions to balance the distinction between horizontal and vertical forces. Infill panels of horizontal siding, latice and plate glass are used within the heavy grided frame, while the entrance is marked by a sloping shed roof over the carport and entry court. 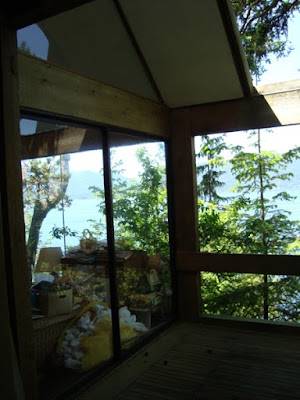 (click to enlarge)
The ends of the beams are carried past the ends of the house in flying extensions that contrast the vertical lines of the natural forces.
(1994 West Vancouver Survey of Significant Architecture 1945 -1975) 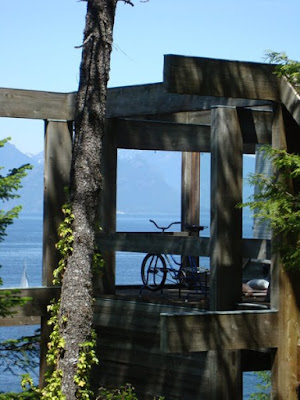 Every work of art reveals its creator, an exact image and likeness of the person who made it. Carlo Mollino
architecture canada vancouver