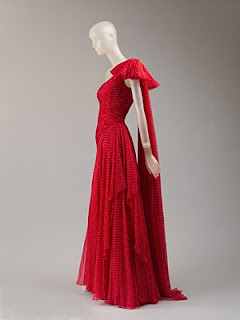 photo The Met
Valentino is synonymous with the red evening dress.
June 17 - September 21, 2008 Les Arts Decoratifs (Museum of Decorative Arts) in Paris will be presenting the first French retrospective of over 200 designs by Italian couturier Valentino Garavani.
Known for dressing the international jet set, Valentino retired in January of this year after celebrating the 45th anniversary of the House of Valentino in July 2007.
Valentino: Themes and Variations will be released on September 9, 2008 and is currently on preorder here. 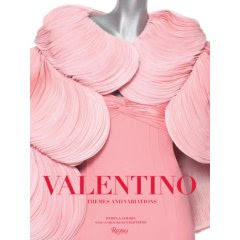