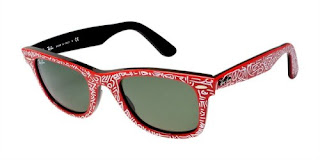 Mendoza
Ray Ban Wayfarer Artist Series
Ray Ban is collaborating with Chris Medonza on an eighties graffiti style limited edition artist series - there are only 100. The series will be released online on December 3rd 2008
You can watch an interview with Mendoza here.
Adidas commissioned a limited edition series of sneaks designed by Flores, Baglione, Choe and Rock. One edition of four parts was released for four Thursdays from July 17, 2008. The folks at Adidas know their market better than their spouses. 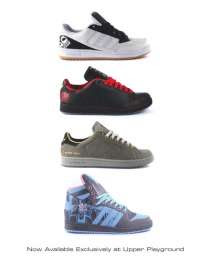