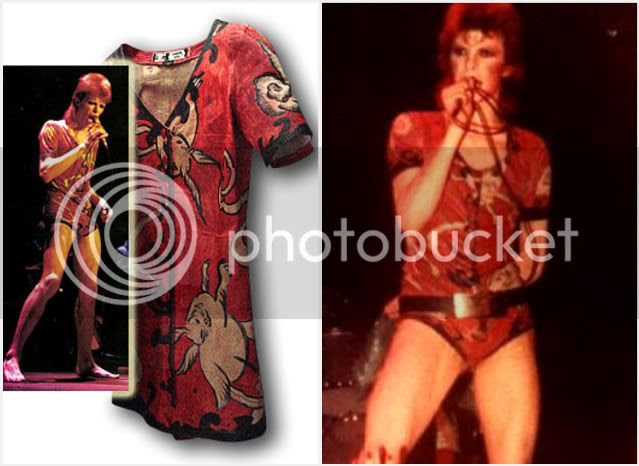 Bowie's first piece, the "woodlands animal" - now in the Rock & Roll Hall of Fame, Cleveland. via 5 Years
David Bowie's costume designer for his third Ziggy Stardust tour of the UK (1973) also had a ready-to-wear collection at a department store in Philadelphia around the same time.
Kansai Yamamoto was commissioned by Bowie to design nine costumes based on traditional Japanese Noh dramas. Yamamoto's designs were the flamboyant androgynous costumes worn in 1973-1974.

comprehensive overview and photos of Bowie in Yamamoto's designs