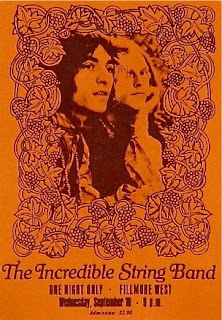 I bought The Incredible String Band's The Hangman's Beautiful Daughter (1968) off eBay ten years ago because it was listed as a favourite album on a blog/web page I frequented but have since forgotten the name. Ah, the excitement of the good old days of buying an album and giving it its first listen. My first thought upon listening to this album was; 'What the f*?#?'. The second listen made it one of my top five favourite albums.
Said to have influenced the likes of Robert Plant and the Rolling Stones it's still difficult to put a genre on The Incredible String Band. To most, psychedelic folk fits well. 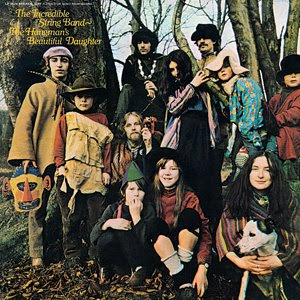 The dog's name is Leaf.
A Very Cellular Song (12:55) weaves together different sounds which take the listener on an acoustic trip while telling the tale of an amoebae. Listen to Secret Temple below or here.
music