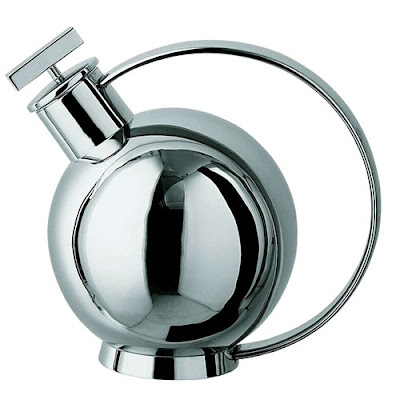 The story behind a piece can greatly influence the value.

For over sixty years, design enthusiasts incorrectly attributed this modernist cocktail shaker to the head of the Bauhaus metal workshop, Marianne Brandt. However, the original drawing for the piece surfaced and was confirmed, shortly before her death in 1994, by Swedish designer Silvia Stave to be hers.The piece also appears in the original 1930 catalogue for C.G. Hallberg, Stave's employer.

Stave is noted for her assured, serene, unbroken, and undecorated designs. Confident in her talent and understanding of the art of silversmithing, Gustav Hallberg quickly promoted Stave to Director of Design for Hallberg's. She went on to win an award at the 1937 Paris International Exhibition.