From the Archives - The Found Portrait

With the barrage of social networking, virtual communities and urban densification brought on by the latter 20th century, the comfort of anonymity is developing into a romantic ideology fit for the 21st century.
French artist, Magdalena Gerber, explores anonymity in her work Tellerstories, British creative consultant to Swarovski, Graham Hollick, exhibits his anonymous portraits in his home, American musicians Fleet Foxes, pen lyrics such as Tiger Mountain Peasant Song and New Yorker, Chris Gallagher, shares his collection of anonymous portraits with the world.
I discovered Gallagher's collection of anonymous portraits while reading the Brooklyn Flea blog.
Being a collector of anonymous pet portraits [and now all anonymous photos] I was inspired to track him down and explore the lure of anonymity further.
The interview that follows transpired over email the week of January 5th 2009. I began by asking Gallagher some background questions which developed into an exploration of stories, spirits and moods that will, no doubt, transcend time.
I sincerely thank Chris Gallagher for taking the time to explore the questions on the level that he did. Please lose yourself in a sampling of his collection.
When did you start collecting portraits?
I bought my first two in the nineties at the 26th Street Flea market in NY. It was two portraits by the same artist, a Winston Churchill and a Dwight Eisenhower. I was young and broke and probably couldn't afford them at the time but I bought them anyway.
How many do you have?
Probably around 100. In addition to the portraits I have other types of found paintings (landscapes, outsider type stuff).
Were they all acquired in the US?
All of the paintings so far were acquired in the US. I do look for them wherever I travel and have bought things in NY, Portland, LA, New Orleans etc. They make great souvenirs because they can really evoke the spirit of a place, more so than a t-shirt or coffee mug.
It was in Paris at the Cligancourt Flea Market though, that I first saw a grouping of them and it really inspired me to start a collection. I don't think I bought any there because they were out of my price range and the exchange rate wasn't great but the idea of them stayed with me. I would like to add some from outside the US in the future.
What motivates you to buy a portrait?
It's variable. Ideally I buy something because it's technically a good painting- it's just really well painted and captures a personality and mood. Sometimes I'll buy things that can be more technically crude but captures a spirit of some sort. I also have an interest in contemporary/modern art so sometimes I'll get a portrait that reminds me of another artist like Picabia or David Hockney or something like that. If a portrait can capture a past era really well but look contemporary at the same time- that will really motivate me to pursue it.
The Exploration:
The portraits capture an intimacy that provokes questions of the before and after, each with their own story. Have you become a story teller? Whose story is your favorite? Who provokes the most questions?
They can definitely tell a story and depending how you can group them, the story can change. If you group all "WWII people" together or the "robber barons" together or "the college students" together or the "families" together they tell one story but if you mix them all up the stories change. Individually, there is a portrait of a black woman that looks like it was painted in the 40s or 50s. The woman evokes a very jazz era feeling and there is a certain melancholy in the way she looks off. It's almost like listening to a Billie Holiday song (listen to Strange Fruit here)There is a painting of a not too attractive middle aged woman - she looks like a society matron from 1960's - which always elicits a comment. It kind of looks like if Goya did one of his royal portraits in the 1960's, this would would be it.
The portraits are considered anonymous, however, you've brought them together in a collection, a new family per se, giving them a new identity. Do you feel that your collection marks a single point in time or that it transcends time?
I hope it transcends time. I think that's what makes portraiture interesting- the fact that these faces endure long after their situations change or their lives end.
You're having a cocktail party and can invite only five of the anonymous sitters in your collection, who are they?
Chosen just because they all look like big personalities who've had some interesting life experiences (portraits of the invited below). 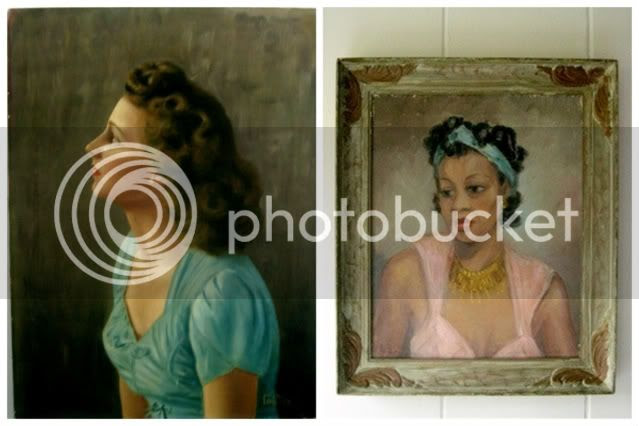 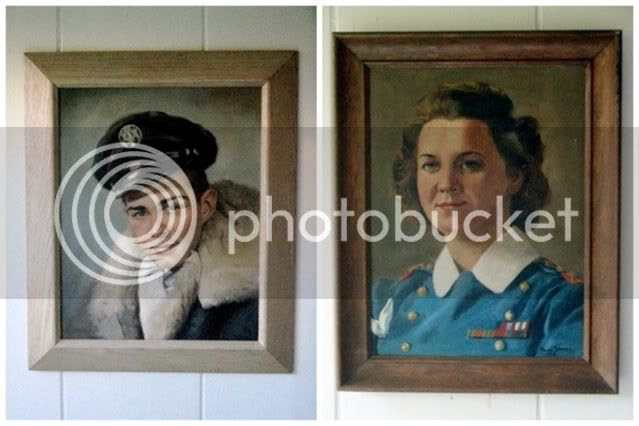 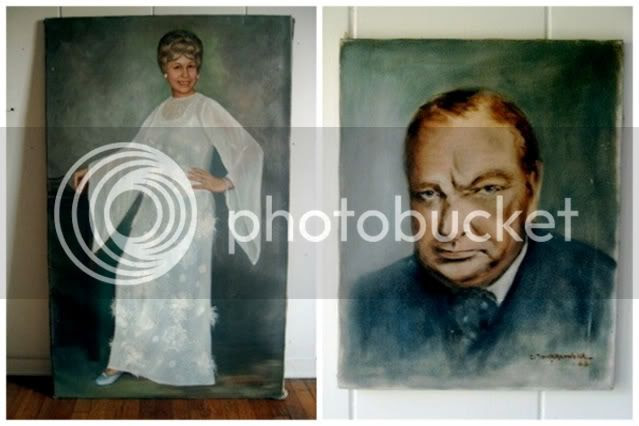