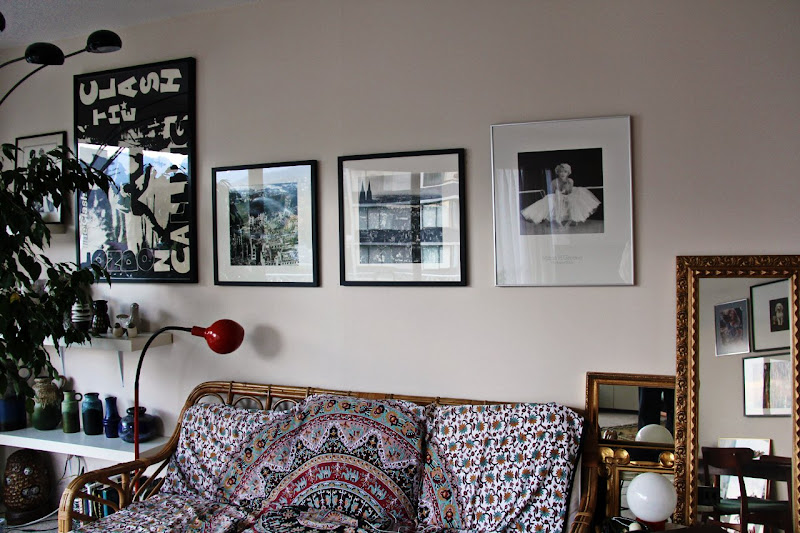 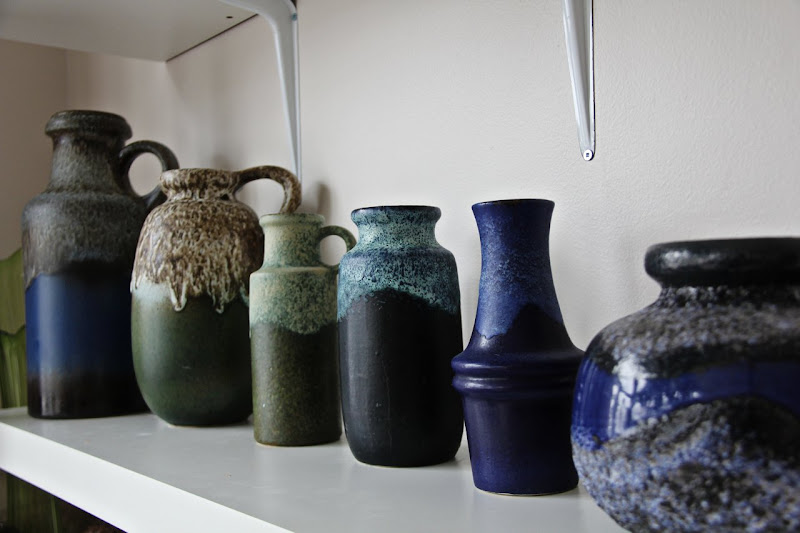 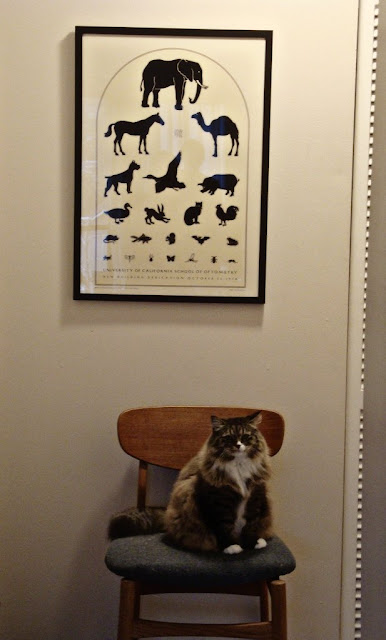 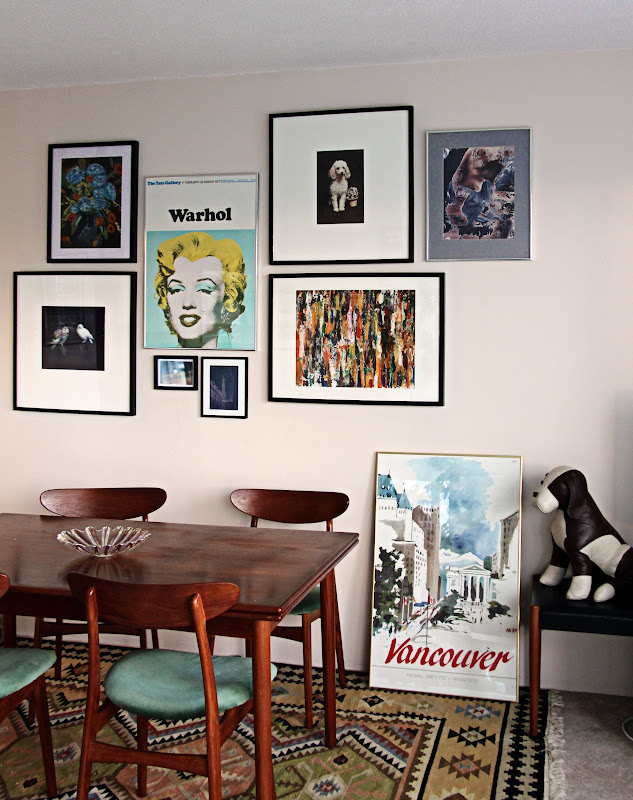 We finally put some more of our art up - now we might be moving - same building, bigger apartment. This is exactly what happened to us before. We installed new lighting and hung all our art and then had to move. At least when you're renting you don't have to worry about waiting around to sell a house. Unfortunately, you do need to worry about the ugly carpeting and paint on the walls.

On the wall behind the sofa - The Clash London Calling I bought in 1982 off the wall of some record store in Hollywood - this is the first time it's been up, I knew I'd eventually get around to it. The next two are gelatin silver prints of WWII Cologne, Germany taken by an RAF pilot after the bombing - I won them at an Emily Carr grad auction. The last photo is Marilyn from the Milton H. Greene Photoportfolio, I think I've had that one since 1982 as well.

Tilley is sitting under a 1978 lithograph by David Lance Goines for the University of California School of Optometry. We found that one at a thrift store in Palm Springs on our last visit.

We changed up the wall behind the table a bit. The piece on the floor is a new one I thrift scored last weekend. It's a 1978 watercolor of Vancouver by Noal Betts (part of his Images series). I also found the Carnival glass fruit bowl while I was out.