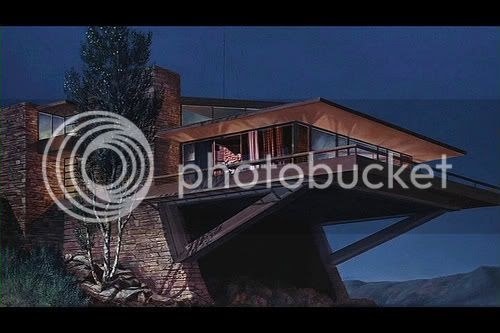 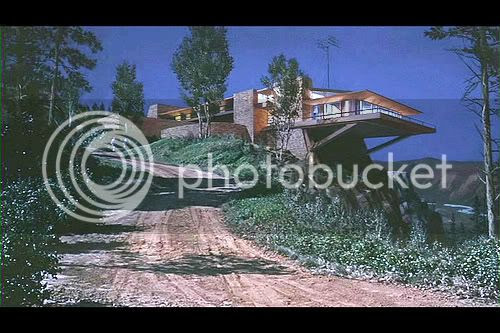 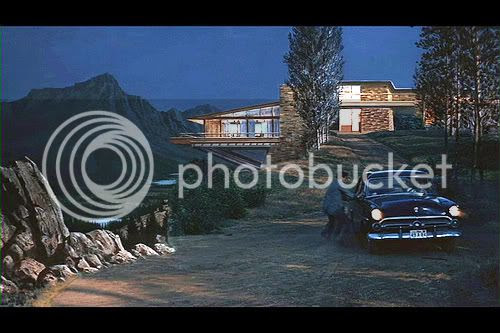 Along with the telephone, I loathe the television.

However, once I learned from my fellow Bette Davis loving neighbor that I could subscribe to a channel that aired classic movies 24/7 I got the old 13 inch Toshiba pumping out radiation and squealing its high pitched love palpitations asap.

Lounging around in a heat wave that would melt the S out of Son of Sam I flicked on the radon box and began watching North by Northwest, a Hitchcock classic. When what to my wondering eyes should appear but a house on a cliff that proved all too unreal, With a look like Lloyd Wright, so modern and sleek, I knew in a moment I must Google it.

Before I continue in full on anapestic verse I direct you to Stewf who will explain how things are not always as they seem.
architecture